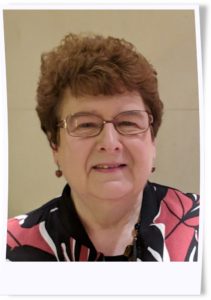 Coventry Restorative Justice Forum congratulates its member Barbara Tudor who has won one of this year’s Butler Trust Awards for a pioneering career, spanning four decades, in which she has influenced restorative justice practice in probation and prison settings, both nationally and internationally.

Initial Nominator, Colleague and Line Manager, Jacky Thompson calls Barbara ‘a beacon of knowledge and understanding’ and ‘one of the early pioneers of Restorative Justice, heavily involved in its development, policy and delivery’, whose ‘passion and dedication for her work today is unwaning.’ Jacky adds that ‘we would be hard pressed to find someone in the whole of the Probation Service and further afield’ who has given more time to the development of her work, and that ‘restorative justice and Barbara Tudor’s name walks hand in hand.’

Jacky says Barbara is ‘a true pioneer’ and ‘one of the founding parents of a scheme designed to bring the victim into contact with their perpetrator.’ Barbara has also been ‘highly involved and instrumental’ in the ‘Supporting Offenders Through Restoration Inside’ (SORI) Scheme at HMP Hewell, which enables Restorative Justice to be delivered within the prison. She concludes by describing Barbara’s ‘humility, kindness and passion’ and as someone who is ‘totally giving of herself… Not many people I know could give so much to so many.’

Butler Trust Local Champion and Divisional Business Manager, Kirsty Johnstone, notes that Barbara was initially employed by West Midlands Probation on a Home Office sponsored scheme for restorative justice in Coventry West Midlands, and over the years she has continued to promote that work far and wide so that she ‘is widely recognised as an expert in her field frequently working long hours and always available on the phone to colleagues.’

Kirsty adds that Barbara’s services and training expertise ‘have been in demand at local, regional, national and international levels, providing training on behalf of the Home Office in Germany, Jamaica, Czech Republic, Northern Ireland and elsewhere. She has been regularly called upon to provide inputs to international delegations visiting the UK to understand work with victims and spoken at international conferences on restorative justice.’

In addition, Barbara also founded, and is the lead facilitator for, the charity Escaping Victimhood.

Felicity Hawkley, of Her Majesty’s Prison and Probation Service, wrote that:

‘Barbara has been a pioneer in bringing restorative justice approaches into criminal justice work. She worked tirelessly to bring face to face victim/offender restorative conferencing work into prisons, often having to win round sceptical prison staff and persuade them of the value of this work.’

Clifford Grimason, Restorative Work Manager at HMP Hewell, and who has ‘a national remit from the prison service to develop a restorative intervention’, reflects on the work Barbara has done outside of the probation world in support of prison work on restorative justice, and explains the work in more detail:

‘The Supporting Offenders Through Restoration Inside programme (SORI), is delivered in partnership with Prisons…offenders meet with victims and members of the wider community, explain their actions and make a public apology.

‘SORI was delivered in 6 sites across England and Wales. Barbara was instrumental in the development by setting standards for and ensuring safety was at the forefront of delivery. She made significant contributions to ongoing improvements and the re-write of the manual. Barbara brought her experience in a flexible and encouraging way while focusing on a professional approach. She demonstrated energy and passion, often giving much of her personal time to guiding others. Her expertise and support were greatly appreciated at a national level while getting this programme off the ground. Barbara has particularly developed the work at HMP Hewell, where a wing of the prison has been designated as a restorative place. She has led on over 15 courses.’

Probation Divisional Director, Sarah Chand calls Barbara ‘tireless’ in her efforts, focus, and in ‘building up her skills, knowledge and expertise until she has become a key player nationally across HMPPS, and indeed far wider with her role as a Home Office representative in helping other countries develop their services.’ She adds that:

‘I have personal knowledge and experience of Barbara’s level of expertise and support… A quiet and unassuming individual, Barbara never seeks attention or praise, she simply delivers and develops the work and assists all those around her to do the same, whether working with policy or practitioners. The quality of service that victims and offenders engaged with restorative justice receive as a consequence of this is outstandingly high… the number of lives she has touched over the years is phenomenal. She is a specialist of 32 years who remains dynamic and progressive, and who makes a difference to people.’

Barbara herself describes how ‘the huge potential for restorative work in the assessment and management of risk’ was recognised in both West Yorkshire and West Midlands Probation Services ‘where the work flourished’. And from ‘1987 to very recently I offered training for restorative work on a very regular basis to many probation services and related criminal justice agencies and Youth Offending Teams.’

In 2008, she and Peter Wallis produced ‘The Pocket Guide to Restorative Justice’ based on the training pack. She has also provided training in Czech Republic, Jamaica, Canada, Spain and assisted in the development of the Victim Information Service and restorative justice work Northern Ireland.

‘I am’, she writes, ‘100 percent committed to Prison and Probation working together in a positive and meaningful way.’

Barbara was described in the nomination, impressively, as a kind of unsung ‘soldier’ for victims and restorative justice – and her Award reflects a wide admiration across the sector at the impact and influence of her work.